Let’s start with a video this time!  So, click the link and check it out and then read on for more details.  Xander Dancing

We decided a few weeks ago that we’d head over to Lake Havasu for the Bluegrass on the Beach Festival.  I think we’ve been starved from entertainment and music so we decided on a weekend to come enjoy some.  So, we arrived on a Friday and got setup in a gravel lot next to a ton of other big rigs. 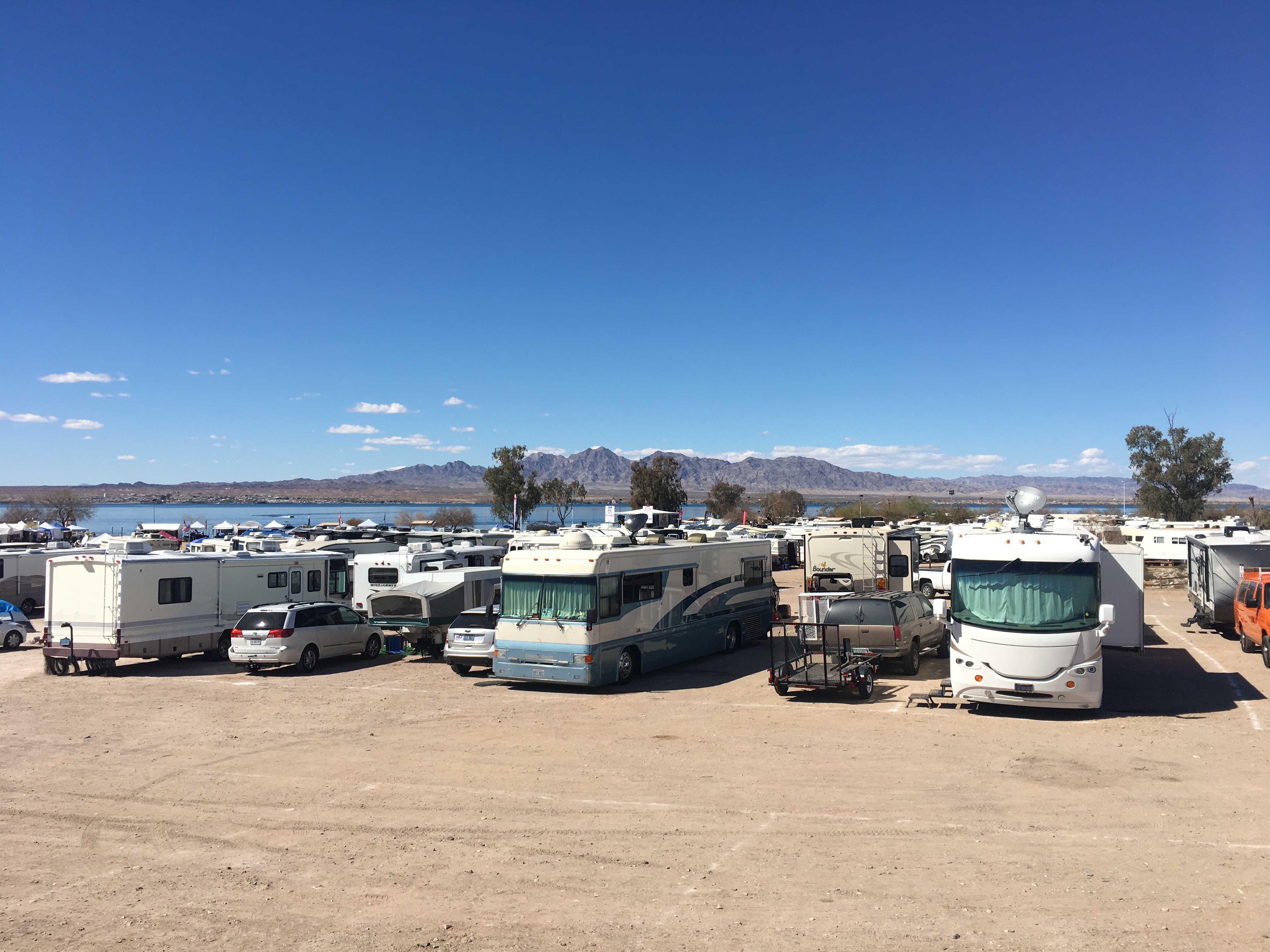 I think based on our size and arrival window, we ended up with one of the better spots on the top of a little perch and away from direct neighbors like the above photo shows.  Perched on top of this little hill our trailer looked gigantic!

For the weekend we enjoyed a lot of bluegrass music, sun, and a little bit of relaxation.  The kids had an amazing time running around with some other kids.  Other kids you might ask?  Well, the show was definitely made up of a bunch of older people who “snow bird” in the South.  In my opinion, there were a bunch of statues sitting in foldable chairs only to stand when a band was finished.  I was a bit surprised of the lack of dancing.  So, the kids had to come from somewhere and it turns out it was pretty much from the vendors kids.  As seen in the video, Xander had his first real crush with Abigaile and they were pretty much inseparable for two days!  Sydney had fun playing with a couple older girls and both kids enjoyed spending time talking to the vendors who were clearly bored from the lack of activity at their tent……because as you recall, the statues didn’t move for most of the day and spend money at the vendors.

Overall, we enjoyed the music and the atmosphere and it filled our needs for some live music, but I don’t think we’d come back.  After the weeekend was over, we headed down to Cattail Cove State Park. 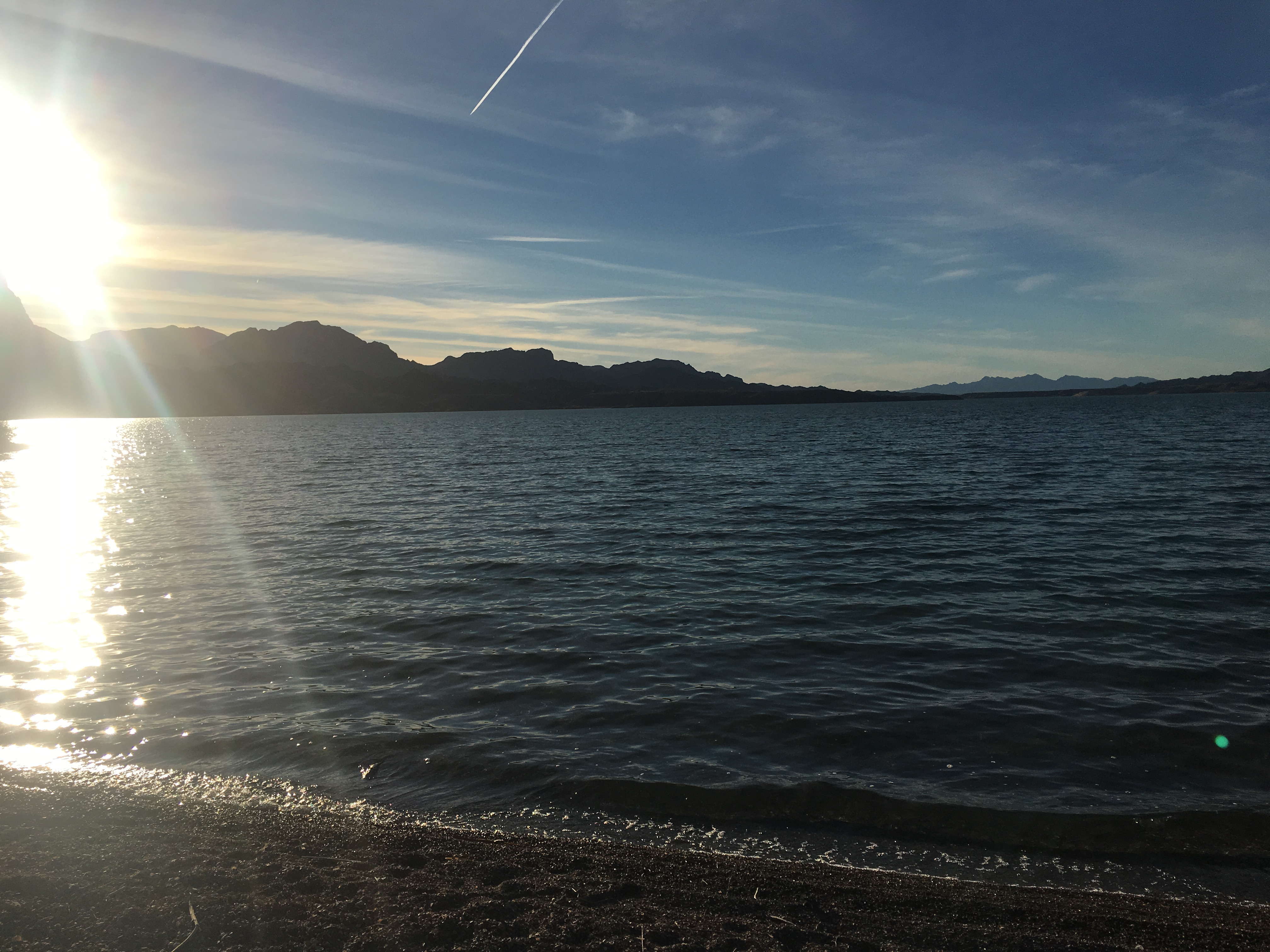 I think we had some ambition to try and enjoy the lake and do a little more here, but ultimately we just enjoyed hanging out and not doing much.  The water was mostly too rough to kayak due to some high winds during our stay.  But, we did do one little hike along the coast of the lake and enjoy some of the scenery.  The state park itself was a great little spot.  The neighbors were great and it had a little beach at the boat ramp, full hookups, free movie borrowing (the kids loved that most), and of course hiking.