Ok, so…. a lot of you already know, but for records sake, I’m going to actually post about the damn rattlesnake as our welcome into Santa Barbara, CA.  I’ll be pretty accurate with the story as I recall.

We drove up from L.A. on Wednesday the 4th and pulled into Paradise Campground in Los Padres National Forest just North of Santa Barbara.  We were welcomed by the campground host to mention that we probably won’t fit in the site reserved for us.  It turns out he was right and Melissa got out to walk the grounds with him in the small park to see about how we could fit or switch with someone else.  I sat there waiting in the truck and after a couple hours of the kids playing on their tablets, I asked them to get out while we waiting in the middle of the dirt road.  Sydney and Xander both ended up on my side of the truck as we ate pistachio’s with my window down.  Then, Sydney proclaims, “Ah, Dad, I think I just got bit by a snake?!”

I jumped out in surpise wondering what in the hell she was making up now.  It didn’t take long to notice the baby rattlesnake slithering next to them and rattling its tale. 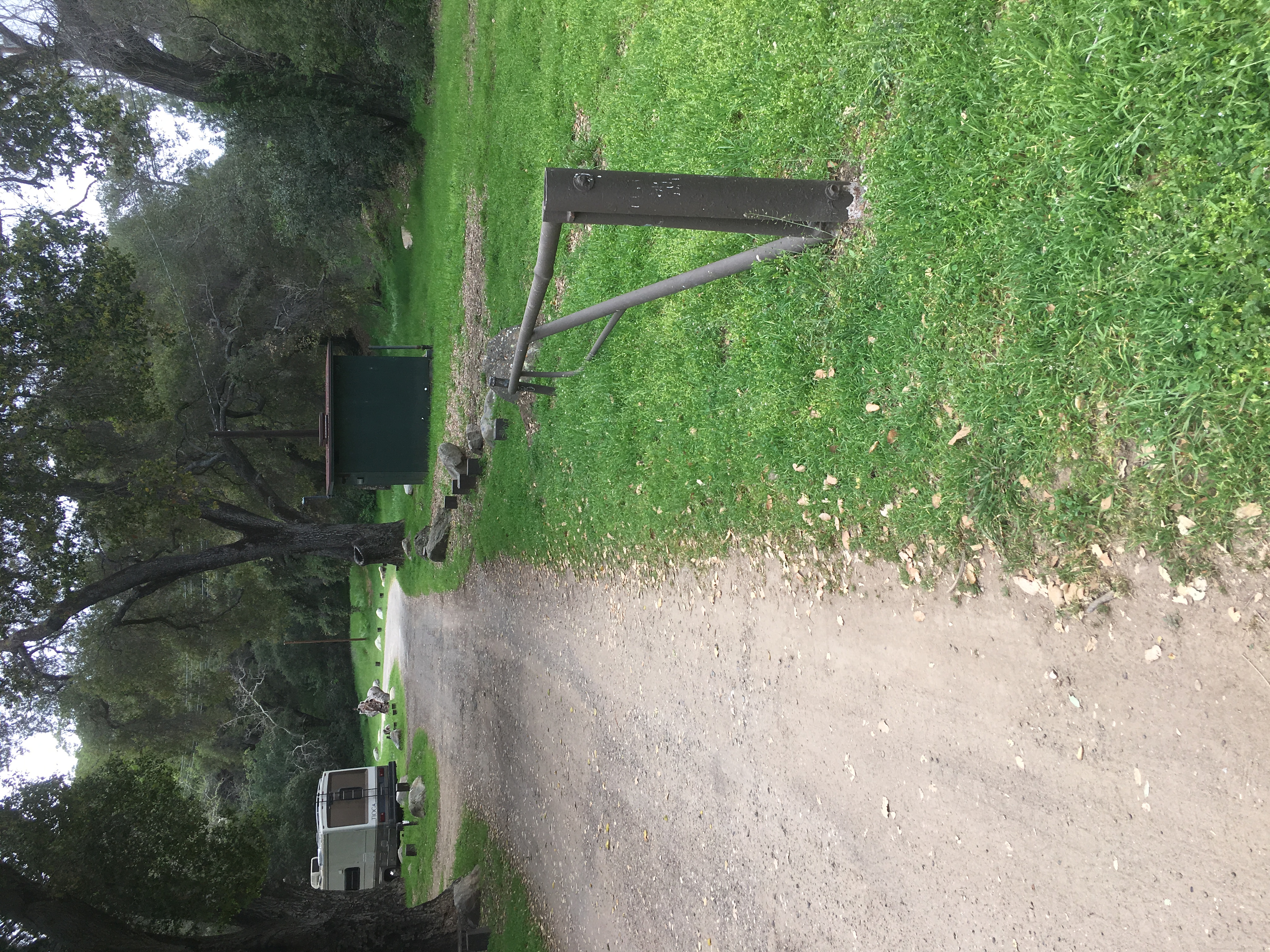 The unassuming location is shown here which is near that rail in the grass.  But, I could barely hear it even while looking at it and knowing what to listen to.  I guided the kids away swiftly, make a super loud whistle that alerted the whole campground, and yelled to Melissa.  A panic really took to Melissa’s face and we immediately wondering what the first thing we should do for Syd.  The first real question from multiple people was, “Are you sure?! How do you know”?

I grew quickly frustrated that my intelligence was questioned so we went back to the scene where the snake was still there.  So, the decision to kill and “keep” it for proof was make.  The infamous question that has come up is, “How did you kill it?”

I quickly snapped it out of the grass, whipped it against a tree which snapped its head, and with my bare hands ripped it’s neck apart.

Ok, not really, but kind of makes it much more interesting.  I went to the trailer (still hooked up by the way) and grabbed a kayak paddle.  It was scaring the snake towards under my truck so I made some quick chops to it’s head and neck to kill it.  As you can see from the picture, it was probably about a foot and a half long.

Moving along, we were lucky to have our host have cell service and he was able to call 911 quickly.  The National Forest fire department showed up first, then the ambulance, and we were told a helicopter was on the way as well but called off.  In retrospect, we should have just headed straight to the hospital about 25 minutes away instead of waiting 15 minutes for the ambulance to make the same drive and not really do anything for us.  But we still didn’t really know what to do at this point so we wrapped her leg softly with some bandage and elevated it.

The ambulance was a fun ride for Sydney but during this time the leg started to swell really proving it was a venomous bite and started to hurt.  I’m not exactly sure why, but they gave her a dose of Morphine.  The picture below shows that state and the lines on her foot to start the tracking of swelling while in the ER at Santa Barbara Cottage Hospital. 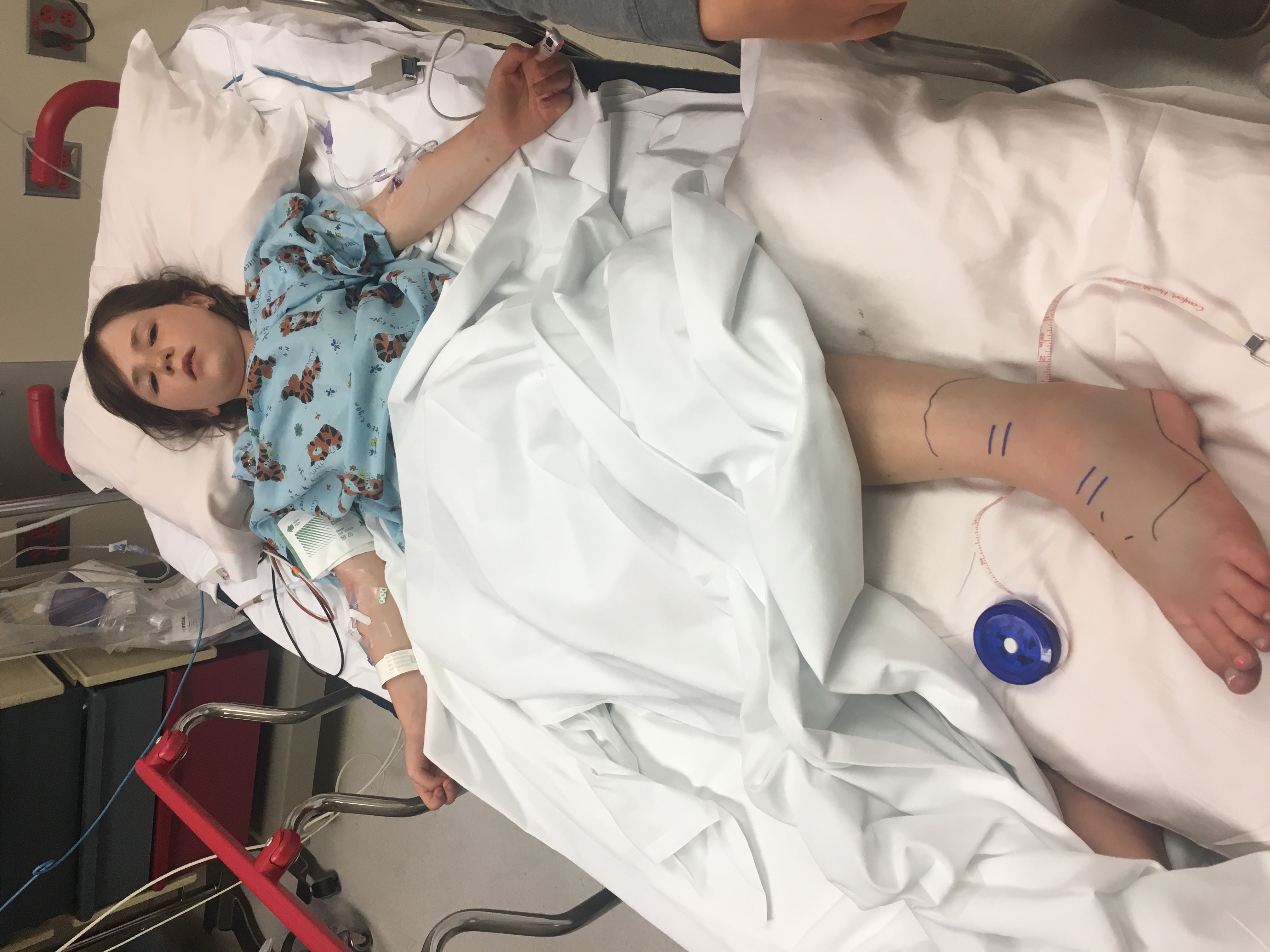 It quickly started to spread and we started to really panic as the poison control had to get the correct dosage for the antivenin.  The second she got it going (about 2 hours after the bite) the swelling halted where it was.  We were admitted to the PICU for further doses and very regular attention including measurements and additional markings.  They started with 6 vials followed by 2, 2, 2 every six hours.  Her lab work was consistently doing well and the swelling had stopped so we thought we might be in the clear to make an escape from the hospital quickly.  We were very wrong! 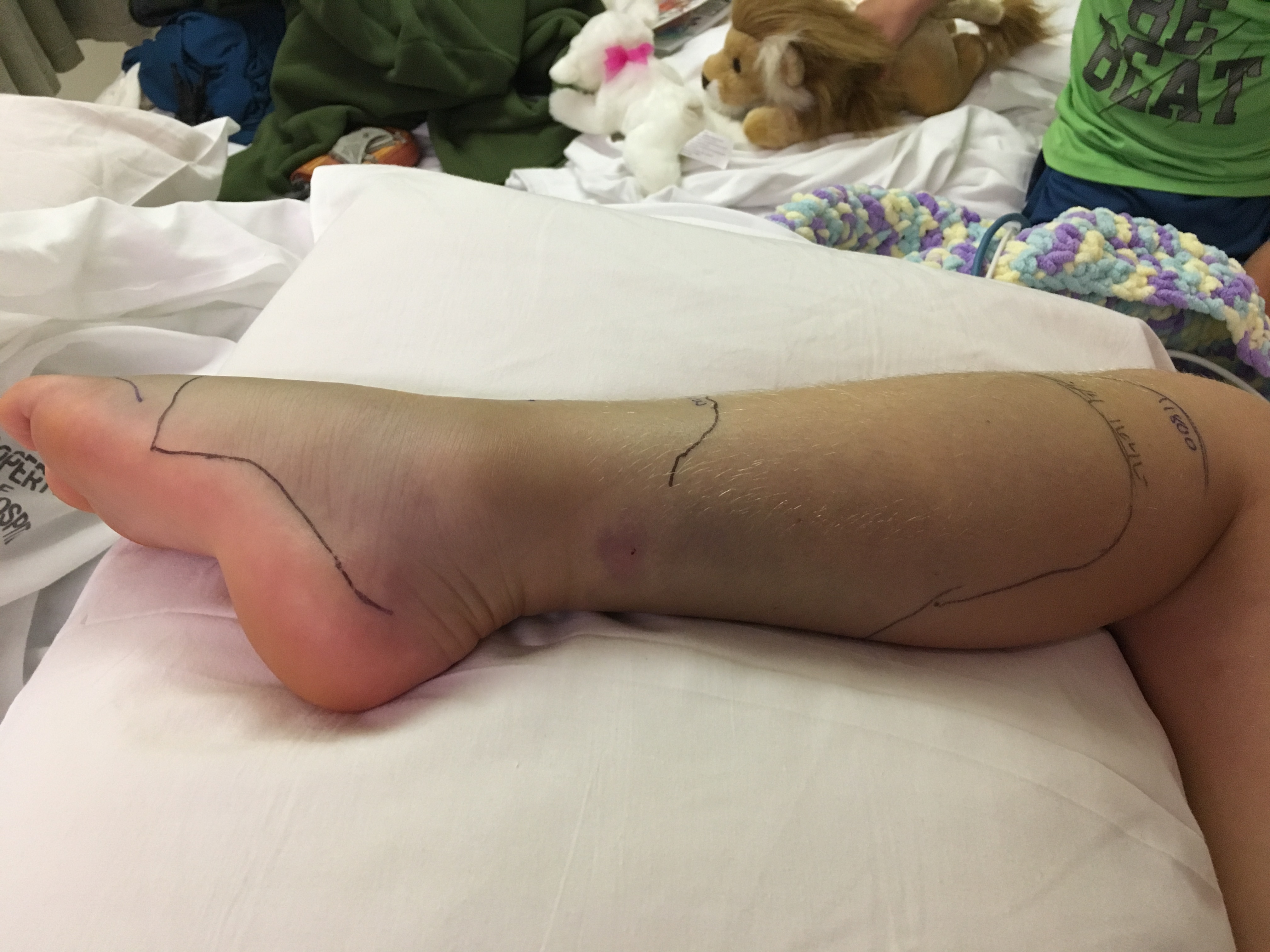 The picture above is maybe the last picture before it started really getting better but you can tell how dark and gross it looked.  After we were told we couldn’t leave and they needed to continue monitoring it, was about the time that we noticed some additional heat and markings her thigh.  The venom was on the move again!  So, we went through another 6,2,2,2 vials and ultimately this is what finally kicked it!  Sydney 2 (leg good, rattlesnake dead), rattlesnake 1.  Game over!

The whole experience was nerve wrecking and we were very sleep deprived, but I’m happy to say that we got a good story out of it and we’re happy she’s doing well!  We were finally discharged on Sunday morning the 8th and it didn’t take long for Sydney to prove she could walk normal and even ride her bike after checking into our next campground at Cachuma Park. 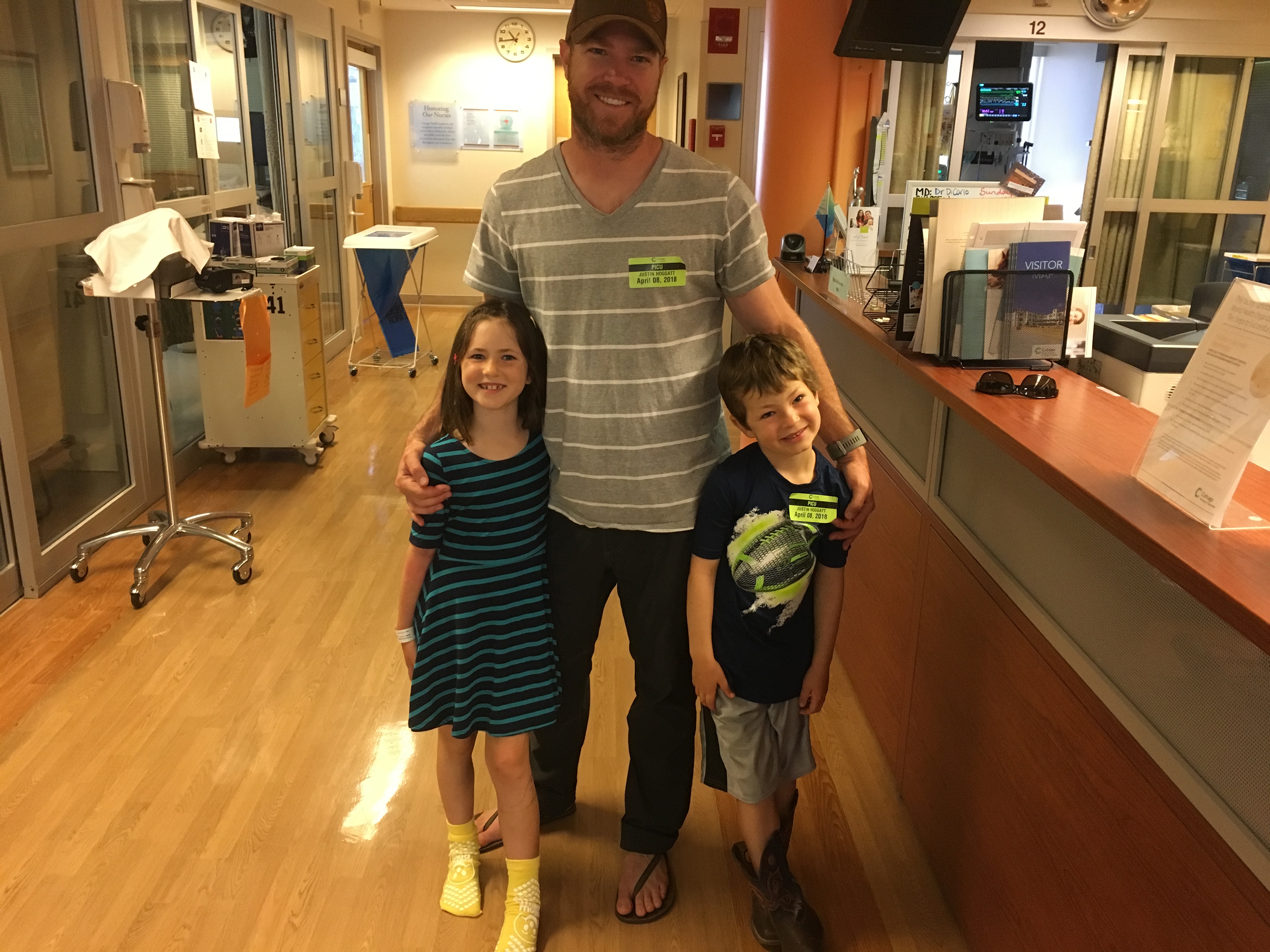 We certainly appreciated all the support, prayers, and love that we received throughout the ordeal.  I’m certain it helped us all!

If you have any other questions out of curiousity, leave a comment and I’ll respond!

Bittersweet Day
You Know You’re a Full-Timer When……..
My truck is HUGE!
Getting & Saving Money on Gas